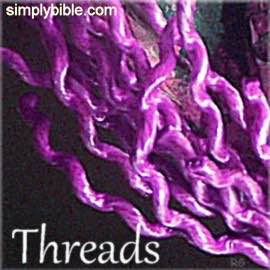 This selection of lessons is about the second coming of Jesus Christ. Not only did Christ die for our sins, rise from the dead, and ascend into glory, but he is also coming again in the future to judge the world.

➤ To Know the Love of Christ—The love of Christ is not too deep to know. Our deepest need is to know it. His cross, counsel, and coming again, show it.

➤ Though You Have Not Seen Him—The love of Christ is not too deep to know. Our deepest need is to know it. His cross, counsel, and coming again, show it.

➤ The Conqueror of Death—One of the amazing things about the second coming will be the raising of all who have ever died.

➤ Events at the Last Day—One last day for this world. We don't know when, but we do know of seven main events of that day.

➤ The Second Coming in Thessalonians—A study (against Preterism) of Paul’s statements about the second coming of Christ in the letters to Thessalonica.

➤ The Second Coming (1Thessalonians 4:13 to 5:11)— Paul teaches about the second coming of Christ. Christians believe not only that Christ died for our sins, rose from the dead, and ascended into glory, but also that he his coming again in the future to judge the world.

➤ The Second Coming (2Peter 3)—About 2nd Peter chapter three which deals with the second advent of Jesus Christ when he will gather us up to the new heavens and new earth.

➤ The Great Day of God—This is one of the great themes of the visions which John recorded in the book of Revelation.

➤ Newspaper Bible—The premillennial view of end times relies on interpreting Bible prophecy as though it reads like, and foretells, what we read today in our newspapers and hear and see on our newscasts.

➤ Three Appearings of Jesus—The present, past, and future appearings of Christ and their purpose.

➤ Face to Face—Time’s inexorable march sweeps us day by day, year by year, into the future. But somewhere in that future you will surely meet Jesus face to face.