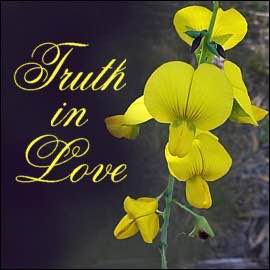 This is a brief history of magazines published in Australia by churches of Christ under the banner "Truth in Love". The History below was written and published in 1999.

The first "Truth In Love" published among Australian churches of Christ, at least the first that we have any record of, came into being nearly 120 years ago.

From 1880 to 1883, Stephen Cheek conducted a monthly paper called "Truth in Love". The paper ceased because brother Cheek died of Typhoid fever on February 17th 1883. There were several churches of Christ in the colonies at the time, and Stephen Cheek was very well known to them all. "No preacher among us," wrote J.J. Hayley in 1894, "was better known to the brethren throughout the Southern Hempisphere, and none more deeply loved." The best of the articles from Stephen Cheek's "Truth In Love" were preserved in a small book edited by A.B. Maston, and that book is still extant.

Australia saw federation, two world wars, and a depression before the next "Truth In Love" was published.

Half way through the 20th century, there was a revival of interest in trying to restore New Testament Christianity in Australia, just as had been done in the previous century. A new "Truth In Love" was published, to help that cause along.

For more than a decade starting in May 1956, "Truth In Love" was published more or less monthly. In its early years it was printed cheaply by a small newspaper group called "The Mail Publishers" as a fill-in for its linotypers on the slack day or two between newspapers. This "Truth In Love" was distributed by the thousands all over Australia.

Its chief editors were all Americans, but the main staff writers Les Burgin, Colin Smith, Carmelo Casella, and Alan Flaxman were all Australians, as was its associate editor Ron Graham. "Truth In Love" called itself "a journal dedicated to the propogation and defense of New Testament Christianity." It was at times lively and controversial, and attracted some enemies who liked to call it "Lies In Hate". 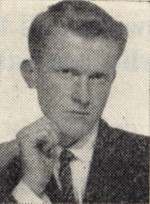 Selected articles by Ron Graham from the Truth in Love of that time are published here on simplybible.com for your enjoyment.

The third "Truth In Love" was a weekly booklet published by City Beach church of Christ in Perth in the seventies and eighties. It ran for many years as a major project of that church. It served not only many Australians, but a huge mailing list of people overseas who relied on it heavily for regular instruction. Harry Blackmore was the mover, shaker, and editor. This neat photocopied A5 booklet presented most of its lessons in outline form and often consisted of scripture quotations linked together so well that little other comment was needed.

In a new era of electronic transmission, and after more than a century since the first Australian "Truth In Love", a new "Truth In Love" came from the land downunder in 1999 and 2000. It was published on the internet by Howard Hampton.

Ron Graham, (author of simplybible.com) has had articles published in all of the "Truth In Love" magazines mentioned on this page, except the first which was before his time. Selected articles by Ron Graham circa 1960 from the Truth in Love of that time are published here on simplybible.com for your enjoyment.

This history was written in 1999. The words "years ago" in the headings are related to that year. Ron Graham, author of simplybible.com, has had articles published in all of the "Truth In Love" magazines mentioned on this page, except the first which was a little before his time.