On this page, the first chapter of Ezekiel is outlined and analysed. The chapter mainly describes a vision of the throne of Christ. This lesson is the first of a series commenced 2020.

The Origin of the book.

The Book’s origin is given in the opening verses (Ezekiel 1:1-3). The writer is identified. He is "Ezekiel the priest" (Verse 3).

We are also told the place and time where Ezekiel saw and heard what he wrote in his book. He was "among the captives" (Verse 1) "in the land of the Chaldeans" (Verse 3). That was "in the 30th year" of his life (Verse 1), and "in the 5th year of king Jehoiachin’s captivity" (Verse 2).

This places Ezekiel in Babylonian exile a little after 600BC. In the time of Judah’s kings Jehoiakim and Jehoiachin, the Babylonians (also called Chaldeans) had besieged and attacked Jerusalem in Judea and carried away captives. Daniel was one of them (Daniel 1:1-4). Ezekiel was another.

The book has four main parts.

Whirlwind firestorm, four creatures, four wheels, a firmament, a man on a throne.

A Portrayal of God’s Attributes

Ezekiel understood that he was seeing the “likeness” of things, not the reality. For instance, Ezekiel did not, and could not, see the glory of God as it really is. Rather Ezekiel beheld "the appearance of the likeness of the glory of the LORD" (Ezekiel 1:28).

The four cherubim that Ezekiel saw in visions were symbols. (Note: there's a sequel to this vision in chapter 10, where the four living creatures are identified as cherubim). They portray God and his attributes.

For example the creatures and wheels were full of eyes to represents God as all‑wise, all‑knowing, all‑seeing. And the proceeding straight forward without turning symbolises God’s absolute righteousness and truth from which he never turns aside.

This is important, because God had made promises by oath to the ancestors of the captives. The vision confirms to them that, despite their present circumstances, God keeps his promises, and the future for Israel is bright. This is represented by the firmament in the vision.

The Promise of the Messiah

Ezekiel sees a throne above the firmament. This is a symbol of the heavenly throne of God and God’s sovereignty.

However, Ezekiel saw a man on the throne. How can this be —a man on God’s throne?

This man is the Word of God who became flesh and dwelt on earth in Judah (John 1:1,14). Both God and Man, He is the exalted King and God of Israel, in whom Israel has glorious hope. 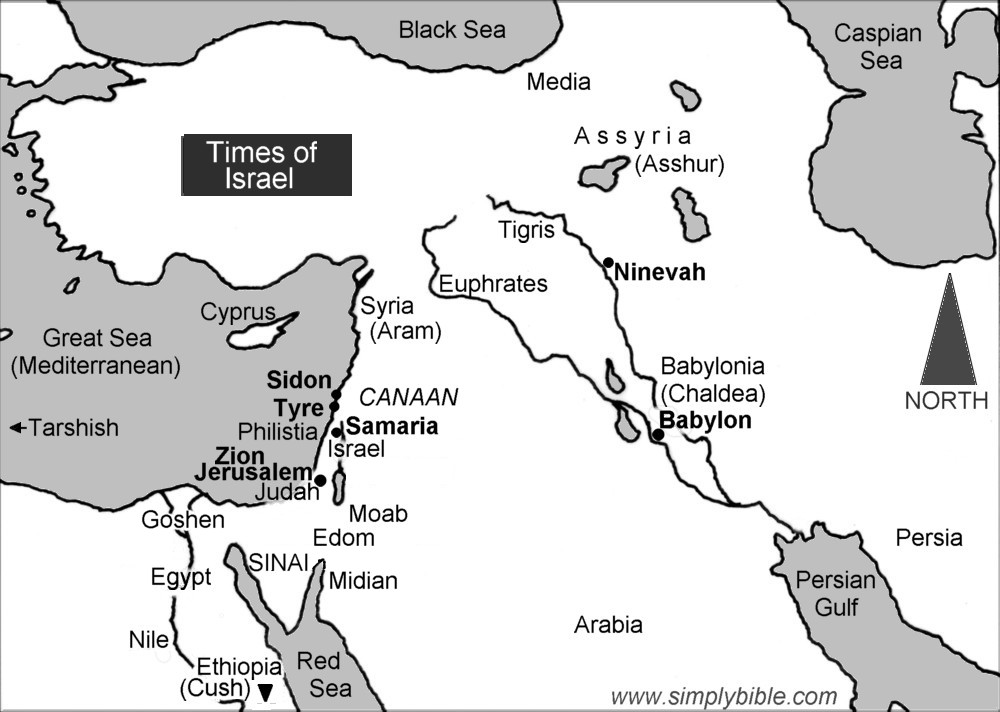