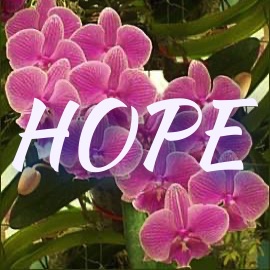 Daniel was able to interpret visions and dreams for the king. Yet because of his loyalty to God, he was thrown into a den of hungry lions. Surely we have all heard of him.

Three of his friends were, for the same reason, cast into a white hot furnace. The God of Daniel rescued Daniel from the lions; and his friends from the fire.

The attitude of Daniel and those like him was to let their captors do their worst. No matter what, Daniel and his brethren would obey the true God and refuse to worship the false gods of their captors.

Daniel himself tells us what supported his hope and courage; and what likewise can strengthen ours...

¶“1Michael the great prince who stands guard over the sons of your people will then arise. There will be a time of great trouble, worse than the nation has ever known, but your people, everyone found recorded in the book of life, will be rescued. 2Many who sleep in dust will awake to everlasting life, but the others to everlasting disgrace. 3People who have insight will shine as bright as heaven; and people who lead many to righteousness will shine like the stars forever and ever.” (Daniel 12:1-3).

Daniel was taken captive in his youth by Nebudchadnezzar's armies. Daniel was made an exile in Babylon —yet through these troubled times for him and his country he remained faithful to God who in turn gave Daniel help and hope.

The ministry of angels.

First there was the help of the angels. No less a heavenly being than Michael the archangel was standing guard over Daniel and his people (Daniel 12:1).

Daniel was well aware of this marvelous support. Because the presence and work of angels is mostly unobserved, we are inclined to forget that God "makes his angels ministering spirits sent out to render service to those who will inherit salvation" (Hebrews 1:14, cf Psalms 104:4).

God promised Daniel that "everyone who is found written in the book will be rescued" (Daniel 12:1). Even in the tumult of the most troubled times, God never loses track of his people; it's a simple and very blessed promise to cling to: our "names are in the book of life" (Philippians 4:3, cf Revelation 20:12,15, Exodus 32:32).

2 Hope in the Face of Death

Daniel was in a situation very similar to that in which Joseph had been long ago: because of his God-given powers to interpret dreams for kings, he was promoted to high places; yet on other occasions, because of his insistence on being faithful to God, he faced imprisonment and death.

To understand this seeming contradiction, Daniel (like his friends) had to believe that God would rescue him even if he lost his life. (cf Daniel 3:17-18).

Death is but a sleep.

This language affirms that the dead have not ceased to exist; and their condition is only temporary.

Daniel is promised that the multitude of those who sleep "will awake" —some to everlasting life and others to everlasting disgrace (Daniel 12:1, cf John 5:28-29).

3 Hope in God's Word and Work

Daniel was a man of great wisdom and insight because he allowed himself to be enlightened by God. With this light in him, he had hope as an anchor for his own soul and he set an example in word and deed that encouraged others to obey God.

Those who are wise.

God spoke to Daniel of "those who have insight" (Daniel 12:3). Daniel was certainly among them; certainly we can be too.

The Psalmist said, "Teach us to number our days that we may bring to you a heart of wisdom" (Psalms 90:12).

Paul spoke to the Ephesians of this spirit of wisdom and knowledge that has been revealed and is available to all who wish to have it (Ephesians 1:17-19, Ephesians 5:15-17).

With the insight that God gives, we can be strong in our hope and perseverance just as Daniel was.

Those who lead many to righteousness.

God also spoke to Daniel of "those who lead the many to righteousness" (Daniel 12:3).

The wisdom and insight we receive from God should be spread around; we shouldn't hide our light in a cellar (Luke 11:33). We let our light shine for all to see and be enlightened (Matthew 5:14-16).

Our effort to encourage others in the hope of the gospel strengthens our own hope. We ourselves; those we lead to light; those who lead us: together we share and grow stronger in Daniel’s hope.