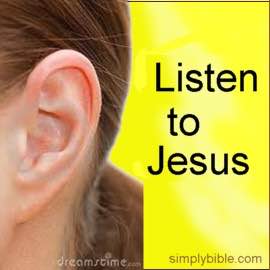 The parable of the two gates pictures the people of Earth walking on two roads. One road is broad and many walk that way. The other road is narrow and few find the gate to it. These two roads don't lead to the same place (Matthew 7:13-14).

This just shows that dividing the world in two, or even three, is usually presumptuous, simplistic, inaccurate, and perhaps even alienating. But does this apply to all cases? In particular, is the world divided into the saved and the unsaved —those in God’s way and those following Satan? Many folk would call that a presumptuous, simplistic, inaccurate, and alienating view of the world.

Jesus Christ, however, divides humanity in just that manner: people are travelling either the broad road to destruction or the narrow road to life —just two groups and no exceptions (Matthew 7:13-14).

Later in that chapter, he again divides people into two groups: the wise who hear and do his words (Matthew 7:24), and the foolish who don't (Matthew 7:26).

On a later occasion, Jesus spoke of how he will, at the last judgment, separate the people of all nations into two "as a shepherd separates the sheep from the goats" (Matthew 25:32-33).

2 The Way of the Many

Not only has Jesus divided the world in two, but appallingly, he has numbered those who are on the road to destruction as “many” and those on the road to life as only a “few” (Matthew 7:13-14).

You might say, “Jesus does give the reason why many go down the broad way. The word translated narrow means difficult. It's the nature of human beings to choose what's easy, not what's hard.” Well, I don't think so.

People do all kinds of things that are difficult because they think those things are right, or they enjoy the challenge, or they deem the reward as well worth the effort. Surely the Christian life is a worthy challenge, and brings a wonderful reward, such that you would expect many more people to choose it than do.

3 The Way of the Few

Although Jesus speaks of two roads, only one of them is of his making. Jesus never desired that there be a road to destruction, and he never caused anyone to follow it. The broad road represents a way of living designed by Satan. Jesus provides an alternative way, represented by the narrow road. When Jesus says, "enter by the narrow gate" (Matthew 7:13), he refers to the gospel way of living. In early times, Christianity was actually called "the Way" (Acts 19:9,23).

When Jesus mentioned the narrow gate and the difficult path beyond it, he said, "And few there be who find it" (Matthew 7:14). There are two ways you can find something. One is to stumble upon it by some fortunate circumstance; the other is to seek it by making an intelligent and systematic search.

We can gather from this that walking the narrow way means making an absolute and total commitment to Jesus Christ. It means loving him, obeying him, depending on him, worshipping him, giving ourselves to him, being his slaves. And where do we start? Jesus tells us clearly what to do to begin this journey, as follows...

The words of Paul in Romans (and his agreement with Jesus in the gospels) on what people should do to receive grace.