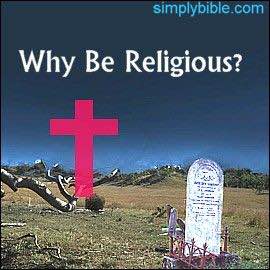 There are two actions in the statement of Jesus, "If I be lifted up from the earth, I will draw all men to myself" (John 12:32).

1 Lifted up in CRUCIFIXION...

He draws us to the CROSS where we behold his PASSION.

When Jesus spoke of being "lifted up from the earth", he was indicating the kind of death he would die (John 12:33).

But what is the attraction in this sickening atrocity? The high priest Caiaphas said that "one man should die for the people" and this was a prophecy that Jesus would die for people the world over.

By enduring this, Jesus was offering the ultimate service and showing the full extent of his love (John 13:1, Romans 5:7-8). He was dying for sinners. The crucifixion itself was ugly. But the love being demonstrated by the dying Saviour was truly beautiful.

In baptism, we are "crucified with him" and "buried with him" (Romans 6:4,6). That too, is something beautiful.

2 Lifted up in RESURRECTION...

He draws us to the TOMB where we behold his POWER.

Jesus has demonstrated his power as "the resurrection and the life".

3 Lifted up in ASCENSION...

He draws us to the CLOUD where we behold his PROMISE.

On the same day he spoke of being lifted up from the earth, Jesus told Andrew and Philip, "The hour has come for the Son of Man to be glorified" (John 12:22-24).

Jesus knew that his crucifixion and resurrection would shortly be followed by ascension into heaven (Acts 1:9-11).

If we remain faithful to Christ, we will be "glorified with him" (Romans 8:16).