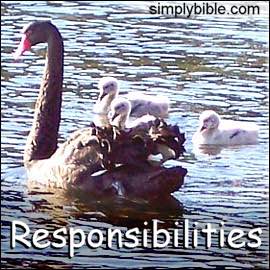 I raised an eyebrow, ever so slightly, when I saw the title assigned* to me, "Caesar and Christ". If the government of our nation can ever be likened to the Roman superpower and its Caesars, then God help us all.

1 Caesar in the time of Christ

None of the Caesars was ever a true friend of Christ, and some were among his worst enemies. The soldiers of Rome crucified Christ in the Roman manner of capital punishment.

Even though he forgave them (Luke 23:34), and through his death even we are forgiven of our sins (Hebrews 9:26-28), his death was a cruel injustice. Caesar had blood on his hands, and such blood!

The number of the beast.

Rome not only killed Christ, but later cruelly persecuted his followers. Many Christians became martyrs as acknowledged in the book of Revelation.

The famous number of the beast (Revelation 13:18) is a characteristically Roman number. The number is the six lesser Roman numerals arranged in descending order, DCLXVI, which calculates as 500+100+50+10+5+1=666.

Christ no threat to Caesar.

Yet Christ was no threat to Caesar for reasons which he clearly explained. Jesus said, "My kingdom is not of this world. If my kingdom were of this world, my servants would be fighting..." (John 18:36).

Christians therefore viewed themselves as citizens of two different and separate kingdoms, one heavenly and the other earthly. They thought it right to "seek first the kingdom of God and his righteousness" (Matthew 6:33).

Why then did Caesar hate Christians? Well, if there was a "kingdom of Heaven" on earth, and a divine King reigning over it (Colossians 1:13,16, Revelation 19:11-16), that meant Caesar was playing second fiddle and he did not like to think that he was a lesser king to anyone.

Now let us move from past to present and consider the "Caesar" who rules us, namely the government of Australia.

The separation of powers.

We find that our Caesar has a very split personality. Our government is split into three separate powers: legislative, executive, and judicial.

Most Australians are amazed that this mishmash meshes as well as it does, yet on the other hand they resist most moves to simplify it, because they believe that the diversity and separation of powers serves, as they say, "to keep the bastards honest".

In this Caesar of so many faces, we can find some resemblance to Rome. However if you have heard about the sinister symbols and secret ciphers that "prove" our government is the antichrist, please do your brethren and our nation a favour, and file it among the "worldly and empty babble" that Christians should avoid (2Timothy 2:15-16).

Don't be deceived into thinking that the government is the Bogey Man. "Our struggle is not against flesh and blood but against principalities, against powers, against the rulers of darkness of this age, against spiritual wickedness in the heavenly places" (Ephesians 6:12).

The real enemy is that old serpent the devil and his demonic angels, the spiritual forces of darkness that we contend with. Government is not the problem. Sin is the problem.

How do we protect our Caesar from being corrupted by Satan? There are two activities that (at present) involve no civil disobedience yet bring to the aid of our Caesar the almighty power of Christ, the Holy Spirit, and the angels of God.

Our Caesar needs this support, for he has stumbled in many ways. Shakespear makes Brutus say, "I come to bury Caesar, not to praise him." (Julius Caesar, Act III, Scene ii).

Our Caesar is far from ready to be buried, and in many things he is worthy of praise. However there are painful things in which we cannot praise him.

Yet shame on our Caesar!

For example, he legalizes the killing of thousands of babies conceived in the womb. Again, he legalizes divorce which God hates, along with adultery, sodomy, and other forms of fornication.

Our Caesar stole a generation of children from their parents and wouldn't say sorry. He legalized slavery in Queensland. He sent soldiers to Vietnam and long repudiated those who returned. The list could be longer.

Our subjection to our Caesar

Not withstanding these and other evils, we still have a clear commandment to keep: "Let every soul be subject to the governing authorities. For there is no authority except from God, and the authorities that exist are appointed by God" (Romans 13:1-2).

This is, of course, modified by the principle, "We must obey God rather than men" (Acts 5:29). The so-called "divine right of kings" does not mean that Caesar can do evil with God's blessing and consent.

I stress, however, that civil disobedience is not the way to stop Caesar doing evil. As we said, preaching the gospel to him and praying for him is the way to do it, because that subjects Caesar to Christ’s powerful works of mediation and intercession.

3 Caesar in the future

Our Caesar has acknowledged God

The Australian constitution of 9th July 1900 begins, "Whereas the people of New South Wales, Victoria, South Australia, Queensland, and Tasmania, humbly relying on the blessing of Almighty God, have agreed to unite in one indissoluble Federal Commonwealth..."

One would like to think that our nation is still "humbly relying on the blessing of Almighty God" and will go on doing so far into the future.

The constitution mentioned above says, "116. The Commonwealth shall not make any law for establishing any religion, or for imposing any religious observance, or for prohibiting the free exercise of any religion..." This does not limit the powers of the States to pass laws affecting religion.

So while the constitution acknowledges the Australian tradition of religious tolerance, it does allow room for Caesar to pass laws against any abuse in which religion is used as a pretext for wrongdoing. Of course it also leaves room for abuse by Caesar, but perhaps our nation’s fathers trusted Caesar more than they trusted religious impostors and fanatics, and so should we.

I think that possibly the greatest danger in future is the passing of laws that prevent us from quoting the Bible where it offends certain people.

For example take the Bible's teaching that when men have sex with men, or women have sex with women, they act "against nature" and against God (Romans 1:26-28). Or even the first verse of the Bible, which offends some people in the physical sciences.

My mother used to point to me and say, "Yond Cassius hath a lean and hungry look; he thinks too much; such men are dangerous" (Julius Caesar Act I, scene ii). Lean and hungry looking I may be, But neither I nor anyone else can think too much.

By thinking through the gospel of Christ we are enlightened and discover truth, and are encouraged to love the truth and take our stand upon it. Such men and women are not dangerous. They are Caesar's friends for they bring upon our nation "the blessing of Almighty God" through their preaching and prayers and manner of life.

If Caesar wants the continued blessing of Almighty God, then Caesar had better be careful that he does not trample God underfoot. Some people ask, "Why does God allow corrupt and evil governments?"

The answer is simple. He does not allow them. God has ordained that governments be "a servant of God for good" (Romans 13:3-4). Any rulers who do the opposite will be punished by God. Do you remember that great superpower, the Soviet Union? It was godless like Babylon and like Rome, and like them it has fallen.

Benediction for our nation.

May our beloved nation Australia never go down that path. May we persistently preach, and passionately pray, to the end that our Caesar will serve God, and thus "advance Australia fair".

*Prepared for the Toowoomba Lectureship October 2007. Unfortunately, I was prevented from delivering the lecture.