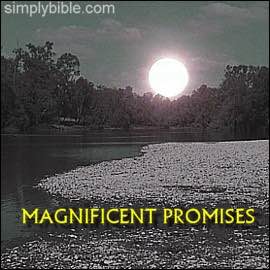 The King on David’s Throne
—The promise of a kingdom

Our previous lesson looked at promises that God made to Abraham, in particular the seed promise. We also touched on the throne promise which God made to David, and now we treat that promise in detail.

Through Nathan the prophet God promised David, "When your days are complete and you lie down with your fathers, I will raise up your descendant after you, who will come forth from you, and I will establish his kingdom. He shall build a house for my name, and I will establish the throne of his kingdom forever. Your house and your kingdom shall endure before you forever. Your throne shall be established forever" (2Samuel 7:12 13,16)

The promise recalled in the Psalms

The Psalms recall this promise:

"The Lord has truly sworn to David,
and will not turn back from it,
'The fruit of your body
I will set upon your throne'"

"I have made a covenant with my chosen;
I have sworn to David my servant,
'I will establish your seed forever,
and build up your throne
to all generations'"

Same promise as made to Abraham

Not Fulfilled by Solomon

David's son Solomon reigned after David, but Solomon did not fulfill the promise that God made to David that he would establish the seed of David on the throne of David forever.

Solomon did pretty much the opposite. He disgraced himself and David's throne. The kingdom was torn in two. Later the division known as Israel was destroyed by the Assyrians. Later still the remaining kingdom known as Judah was destroyed by the Chaldeans. A remnant returned to Jerusalem in the days of Ezra and Nehemiah.

So although Solomon fulfilled elements of the promise, such as building the temple, a house for God's name, he was not the true king of the prophecy.

Generations later, the remnant of David's empire awaited the fulfillment of the promise that God had made to David. They would have been encouraged by the words left by Isaiah, who had been a prophet in Judah around the time of the northern kingdom's destruction.

"A child will be born to us,
a Son will be given us,
and the government will rest
upon his shoulders.

There will be no end
to the increase of his government
or of peace
on the throne of David,
and over his kingdom,
to establish it
with justice and righteousness,
from then on for evermore.

The zeal of the Lord of Hosts
will accomplish this"

Centuries later, the angel Gabriel appeared to the virgin Mary in Nazareth. The angel said to her, "Behold you will conceive in your womb, and bear a son, and you shall name him Jesus. He will be great, and will be called the Son of the Most High, and the Lord God will give him the throne of his forefather David" (Luke 1:31-32). So the son was born who was to fulfill the throne promise.

After the death of Jesus, Peter said that David, to whom the throne promise had been made, had understood that it referred to the Christ who would sit on the throne and rule from heaven, and Peter proclaimed that Jesus had risen from the dead and ascended into heaven to sit forever on David's throne (Acts 2:22-36).

Among the visions of Revelation there is one who is called the Faithful and True, and the Word of God. He also carries the name "King of kings and Lord of lords" (Revelation 19:11-16). This personage identifies himself in a following vision, where he says, "I Jesus have sent my angel to testify these things to you... I am the root and the offspring of David, the bright and morning star." (Revelation 22:16).

The King of kings reigns. Another of God's magnificent promises has been fulfilled. Have you acknowledged Jesus as your Lord and King and bowed your knee to him?