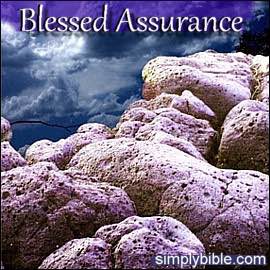 This lesson examines the question of whether there are two groups of saved with two different hopes, or whether all the followers of Christ have one common hope of eternal life in heaven.

According to the Bible, there is "one body" of saved people, who are called to "one hope" (Ephesians 4:4). Some however teach that there are two classes of saved people with two different hopes...

This doctrine is drawn from three passages of scripture. As we examine those passages, we will note that the doctrine drawn from them is not really taking notice of what the passages actually say.

This passage provides the number 144,000. This number is taken literally by those who teach two hopes. They do not treat the number as symbolic (twelve times twelve thousand). However there is a serious problem in this passage for their doctrine...

Two Groups are in the Wrong Places

This passage pictures the 144,000 on earth where the wind, sun, sea, land, and trees are (Revelation 7:1-8). The great multitude, on the other hand, are in heaven where the throne and the temple are (Revelation 7:9-17). The two groups are in opposite places to where the doctrine would have them to be.

Notice also that the 144,000 are all Jews, exactly 12000 coming from each given tribe. This will be important to keep in mind as we come to the next passage...

This passage also gives the number 144,000. However, like the first passage, it produces problems for the doctrine being taught...

The 144,000 in this passage are all male virgins (Revelation 14:4). You will recall from the last passage that they were Jews, twelve thousand each from a given tribe (Revelation 7:4-8).

Furthermore, if we include another passage in Revelation, we may note that they were beheaded (Revelation 20:4). So the 144,000 consist exclusively of celibate Jewish males without heads.

When we interpret the visions properly, all this has meaning. However a literal interpretation makes it a condition of entering heaven that you be celibate, male, Jewish, and have your head cut off. That is nonsense of course, but this anomaly results from a literal interpretation. Those who so interpret the passage, to derive the doctrine that only 144,000 will go to heaven, are unable to address that anomaly.

The Two Flocks to Become One

Jesus does say he has two flocks, but he goes on to say that he is going to make the two flocks into one. He is going to bring the other sheep into the fold so there will be one fold with one Shepherd.

This passage has nothing to do with an elite group of saved who go to heaven, and a lesser class who will remain on earth. It is about Jews and Gentiles (formerly separate) being brought together into one body through the blood of Christ shed on the cross. (Ephesians 2:11-22).

There is "one body" of saved people, who are called to "one hope" (Ephesians 4:4). There are no second class Christians. All are "born again to a living hope... to obtain an inheritance imperishable and undefiled, that shall not fade away, reserved in heaven for you" (1Peter 1:3-4).