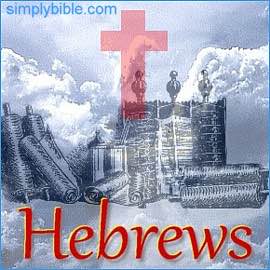 This chart, depicting the old and new priesthoods, accompanies our studies in Hebrews. 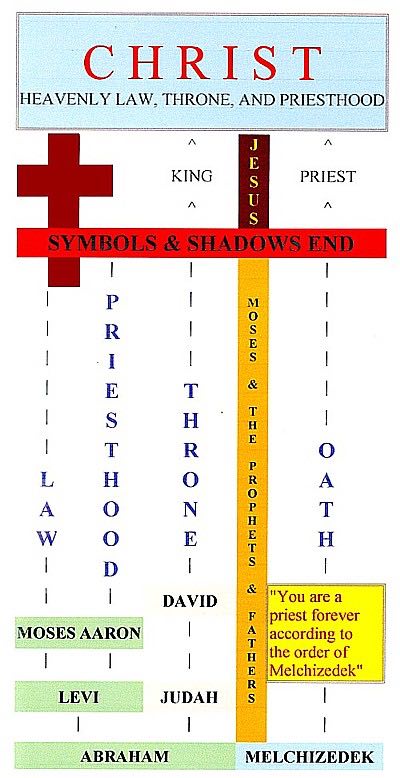 The lesson chart sets out four elements with which the Hebrew writer is concerned, namely the law, the priesthood, the throne, and the oath. His argument begins in the patriarchal era, the time of the early fathers Abraham, Isaac, and Jacob.

Therefore Christ’s priesthood is superior having been designated By God as "according to the order of Melchizedek".

When Christ came, and died on the cross he was offering himself as a perfect sacrifice once and for all. He then ascended into heaven, to become the new lawgiver, priest, and king.

The old symbols and shadows had no further purpose because the oath was fulfilled.

The real eternal kingdom was inaugurated in heaven, and although we are yet on earth we can belong to it and have Christ as our High Priest and King.