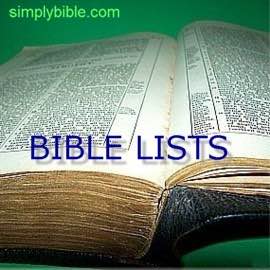 Other Facts About Joseph

The twelve sons of Jacob (Israel) from oldest to youngest were as follows.

¶“9The fathers, moved by jealousy against Joseph, sold him into Egypt as a slave; but God was with him. 10God saved Joseph from all his afflictions, and gave him favor and wisdom before Pharaoh, king of Egypt. Pharaoh made Joseph governor over Egypt and all Pharaoh’s house. 11Then a famine came over all the land of Egypt and Canaan, causing great affliction. Our fathers found no food. 12Jacob heard that there was grain in Egypt, so he sent our fathers there for the first time. 13When they went the second time Joseph was recognized by his brothers, and Joseph’s origins were revealed to Pharaoh.” (Acts 7:9-13).

¶“14Joseph sent for his father Jacob and his whole family, seventy-five souls, to come and live in Egypt. 15So Jacob moved down into Egypt, and lived there till he died, as did our fathers. 16Their remains were brought back to Shechem, and laid in the tomb that Abraham, for a price in silver, purchased from the children of Hamor in Shechem.” (Acts 7:14-16).

¶“17As the time of the promise drew near, the promise that God had sworn to Abraham, the people grew and multiplied in Egypt. 18A new Pharaoh arose in Egypt, who knew nothing of Joseph. 19The new king took advantage of our people, and mistreated our fathers. He even forced them to throw out their babies to die. At that time Moses was born...” (Acts 7:17-19).