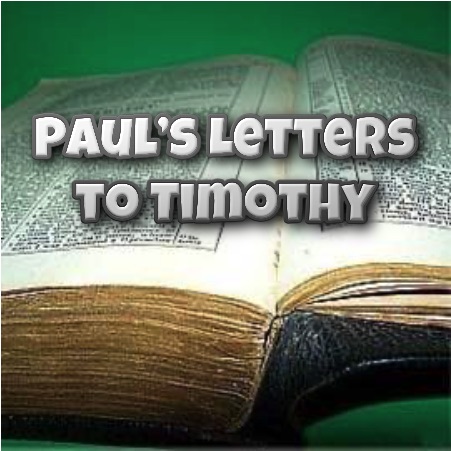 The Falling Away and the False Teachers
—1Timothy 4:1-6

Verse by verse study of Paul's first letter to Timothy. In this lesson we examine chapter 4 verses 1-6, looking at the falling away and the false teachers.

The expression "later times" (1Timothy 4:1) does not refer to some unique period of special apostasy in our future. If the later times were 2000 years away from when Paul wrote, it would not have much relevance to Timothy and his brethren at Ephesus.

When Paul spoke to the elders at Ephesus, he warned of a falling away which they would see in their own time and to which they should be alert (Acts 20:17,28-31).

Of course this has always been true. When a church is established, there is a passion for the truth. In later times, however, there comes a falling away.

2 Men in League with Demons

Paul warns of "deceitful spirits and doctrines of demons" (1Timothy 4:1). How do these deceitful and demonic spirits spread their poison? They do so "in the hypocrisy of liars" says Paul (1Timothy 4:2).

There are two things to notice here.

Firstly, demons do their work in league with men.

The hypocrites and liars of whom Paul speaks here are the false teachers through whom the demons work and without whom they could not work.

People who tell what they sincerely and honestly believe is the truth are not liars, even though what they are telling might be untrue. Such persons, like Apollos (Acts 18:1-28), when they find out what they've said is untrue, will retract and correct it.

False teachers, on the other hand, are hypocrites; they are liars telling what they know to be untrue, pretending it to be truth, and having no conscience about it.

Paul gives us a little window into the kind of doctrines the apostates taught. Perhaps not surprisingly, they are familiar to us today. Two points of error are mentioned...

Celibacy is a choice not a requirement (1Corinthians 7:1-2). Down through the ages, and still today, there are teachers who forbid certain people to marry and even insist that many married persons must put away their husbands or wives and be celibate.

Certain foods, usually meat or some varieties of meat, are sometimes condemned as unholy to eat and their consumption is forbidden. Christians may, as a personal choice, abstain from certain foods and drinks out of respect for others who have a conscience about these foods or stumble over them (Romans 14:1-23).

However, it is not for teachers to be imposing abstinence on others. It is each individual's responsibility to impose it on oneself.

4 The Right and Responsibility to Refute

Timothy was to draw attention to these errors, pointing out to the brethren how these false commandments and teachings differ from sound doctrine in the word of faith.

Timothy not only had the right to do this, he had the responsibility —as does any minister in the church.