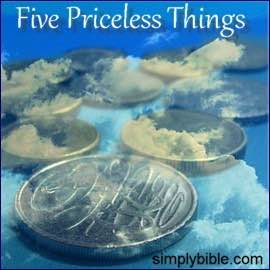 We continue to think about the third C in Ephesians 2, the Cross of Christ. In this lesson we see that the cross cancelled the debt against us, and made atonement, reconciling us to God in peace.

"Christ reconciled you to God through the cross" (Ephesians 2:16).

1 The Cross Cancelled The Debt Against Us

"Having abolished in his flesh the enmity, even the law of commandments contained in ordinances; in order to make in himself of two one new man, so making peace" (Ephesians 2:15).

In another study, I describe the cross as the cross of abrogation, consummation, and propitiation. Abrogation means to take away. The cross of Christ takes away not only sin itself, but the law of commandments wherein the condemnation for sin is effected.

The Problem with Law

Any law of commandments from God, whether it be the law of Moses or not, is going to create enmity between God and man, because as soon as one breaks any commandment in that law, one will be dead in sin.

The only way that a law of commandments from God could solve this problem, is that it incorporate, and be based upon, a sufficient sacrifice that provides the means of forgiveness.

Now this is a very big ask. Nevertheless, this is exactly what the new covenant accomplishes, because it incorporates the sacrifice of Jesus which he made on the cross. Paul puts this even more strongly...

"He made us alive together with him, having forgiven us all our transgressions, having cancelled out the handwriting of debt consisting of decrees against us, and which was hostile to us. He took it out of the way, having nailed it to the cross" Colossians 2:13-14.

2 The Cross Allowed Sinners to be Reconciled to God

"But now in Christ Jesus you who were once far off are made near by the blood of Christ... that he might reconcile [you] to God in one body by the cross, having slain the enmity thereby" (Ephesians 2:13-17).

Don't misunderstand this. The commandments of the new covenant, the gospel, will alienate those who do not obey them just as surely as any other law did. Christ will come "dealing out retribution to those who... do not obey the gospel" (2Thessalonians 1:8-10).

However there is the means in that covenant to avoid retribution before the time, by accepting the sacrifice of Christ. "If anyone sins, we have an Advocate with the Father, Jesus Christ the righteous, and he himself is the propitiation for our sins..." (1John 2:1-5).

The cross is the means of reconciliation to God. We justly deserve God’s wrath. Our sins made us enemies of God. How can we justly find grace instead? The cross of Christ allows regeneration and reconciliation (Ephesians 2:3-5,13).

3 The Cross Also Breaks Down Barriers Between People

"For he is our peace, who has made both one, and has broken down the middle wall of partition between us... making the two into one new man... reconciling both to God in one body by the cross" (Ephesians 2:13-17).