Isaiah mentions Zion 47 times. Zion is a mountain of Jerusalem. However Zion is used as a poetic term for all Jerusalem and its environs as shown in the parallelism of this verse: “For Zion’s sake I will not be silent, and for Jerusalem’s sake I will not keep quiet” (Isaiah 62:1). Zion is also used to refer to the kingdom of Heaven, the church (Hebrews 12:22).

In the time of David and Solomon, when the kingdom of Israel was at its height, Jerusalem was its proud and glorious captial where Solomon built the temple. However to Solom’s shame the kingdom divided and Samaria became the capital of Israel, leaving Jerusalem ruling only Judah and the small tribe of Benjamin. 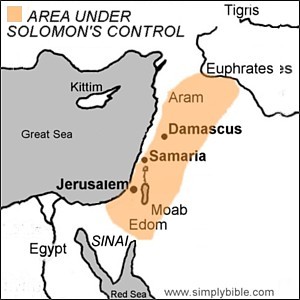 Jerusalem was desolated by Nebuchadnezzar king of Babylon and the Chaldeans. Around 586BC Jerusalem was destroyed in a series of attacks, including its temple. Its people were taken to Babylon as captives. Jeremiah makes some notes on this (Jeremiah 52:1-34).

The destruction of Jerusalem took place once again when Rome ruled the world. Titus, in AD70, surrounded and attacked the city. To this day a relief on the Titus Arch in Rome portrays plunder being carried from the temple. Herod's beautiful temple was razed to the ground and a million people cruelly lost their lives in Jerusalem’s fall. It was worse than the destruction which the Babylonians had inflicted centuries earlier.

Around 40 years beforehand, Jesus the Son of God was crucified, arose from the dead, and ascended to heaven. He had predicted Jerusalem’s destruction and spoke of it as a microcosm of the end of the world when he returns. His prediction is recorded in Matthew 24.

Jesus said, "Thus it is written, and so it must be, that Christ should suffer and rise from the dead on the third day. And repentance and forgiveness of sins must be preached in his name to every nation, beginning at Jerusalem" (Luke 24:46-47).

Accordingly, as Luke records, Peter preached at Jerusalem on the Day of Pentecost. This was the 50th day following the Passover that had been observed just prior to the death, burial, resurrection, and ascension of Jesus (Acts 2).

Christianity began on that day by the preaching of the gospel of Christ with power. Christianity was given the mission to preach that testimony of Jesus, beginning at Jerusalem, and then taking it into the uttermost parts of the earth. This was so the world could have forgiveness of sins.

Luke also tells us who made up the first congregation of Christ. Its members were around 3000 souls in Jerusalem, who received the gospel gladly, were convicted of their sins and convinced that the crucified Jesus was Christ. They repented of their sins and were baptized for forgiveness and to receive the gift of the Holy Spirit (Acts 2:37-39).

This is not the whole story of course. The life and work of Jesus beforehand, and the work of the apostles afterward must be considered. However in that setting, this one day in Jerusalem is pin-pointed by Luke as the day that Christianity was launched as a new religion.

The climax of the book of Revelation is the vision of the heavenly Jerusalem, a jewelled city of light. This beautiful vision signifies the church of our Lord Jesus Christ in all her eternal glory (Revelation 21:9-27).

John tells us how his vision began: "One of the seven angels —who had the seven bowls full of the seven last plagues— came and spoke with me. He said, ‘Come here. I will show you the wife, the Lamb’s bride.’ He carried me away in the Spirit to a great and high mountain. He showed me the holy city, Jerusalem, coming down out of Heaven from God" (Revelation 21:9-10).

The letter to the Hebrews encourages Christians with these words: “You have come to Mount Zion and to the city of the living God, the heavenly Jerusalem, to an innumerable company of angels, to the general assembly and church of the firstborn who are registered in heaven...” (Hebrews 12:22-23 NKJV).