Here's another magazine page with snippets and short articles.

Visit us at Pinterest. It's another way to enjoy simplybible.com and stay informed. 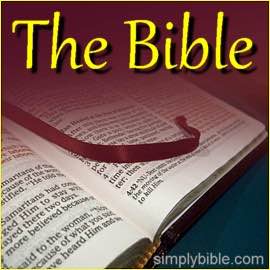 HOW THE BIBLE IS PUT TOGETHER

To understand the Bible, and how best to read it, we must understand that it is a collection of documents, not a single writing.

The documents are arranged as much as possible in chronological order, from the oldest to the latest; but at the same time they are arranged in categories.

Of course law, history, poetry, and prophecy are not restricted to the books of their own category. For example there is some prophecy in the poetry books and some law in the prophecy books etc.

The new testament is the gospel (good message) of Jesus Christ. 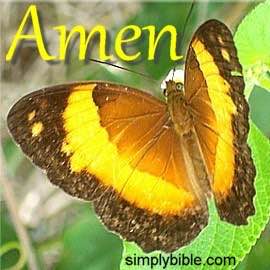 WHY DO WE SAY AMEN?

Oddly, to get a scriptural answer to what Amen means, we are best to begin at a place where it is used as the first word in a sentence, not the last word...

Jesus would often say "Verily" or "Truly" to begin a statement.

In John's gospel (example John 3:3) Jesus is recorded as using the word twice in succession, "Verily, verily, I say to you...". This is actually the word Amen.

Compare an instance in Mark, with the same in Luke. Mark has left the word untranslated just as amen. But Luke has translated it as truly (Mark 9:1, Luke 9:27).

This shows us that Amen means truth and verity. It's a solemn affirmation.

When we say Amen we mean, "Yes before God I agree with that, I believe that to be true, I want that to be so".

Some other interesting and helpful passages...

Instead of saying, "Amen, Amen" Jeremiah paraphrased the second Amen: "Amen, the Lord do so" (Jeremiah 28:6).

God is called "The God of Truth". If we left the last word untranslated, the title would read, "The God of Amen" (Isaiah 65:16).

Paul uses the word as an affirmation: "For as many as may be the promises of God, in him they are yes, and in him Amen" (2Corinthians 1:20).

Jesus is called "The Amen, the Faithful and True Witness" (Revelation 3:14).

So Amen is a solemn affirmation of truth, a special word for when we have said or heard something that is true before God. 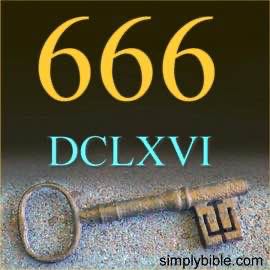 THE NUMBER OF THE BEAST

"Here is wisdom. Let him who has understanding calculate the number of the beast, for the number is that of a man and his number is six hundred and sixty six." (Revelation 13:18).

The Romans had their own peculiar way of writing numbers using combinations of letters of their alphabet.

Compared to the Arabic system, the Roman numeral method was rather clumsy, and most inconvenient for mathematics. It only survives today on a few war memorials, some clocks, and as one means of numbering lists or parts of documents. This Roman curiosity is used in Revelation to identify Rome as the beast.

The number 666, the famous "number of the Beast" or antichrist (Revelation 13:18), reveals its meaning, when we convert it to a Roman numeral: 666=DCLXVI —the sum of a consecutive set of the Roman numerals under 1000 in descending order as shown below.

The number 666 simply represents a special and significant Roman numeral set, and thus identifies the Roman empire as the Beast, and its emperor as the "man". The descending order of the numerals, and their inferiority (below 1000) is a nice touch of symbolism too. 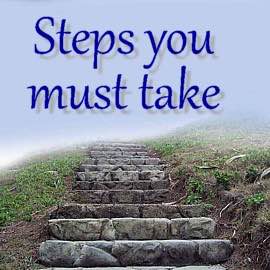 The words of Paul in Romans (and his agreement with Jesus in the gospels) on what sinners should do to receive grace. Check these verses in your own Bible.

You cannot substitute your own good works for these humble steps. You may be a good person; but you are not good enough on your own merit.

You need the goodness and sacrifice of Jesus Christ God’s Son to be accounted to you —a gift you can never deserve.

God has offered you this gift through which your unrighteousness can be forgiven. He has provided these steps by which you can enter into, and remain in, his wonderful grace. 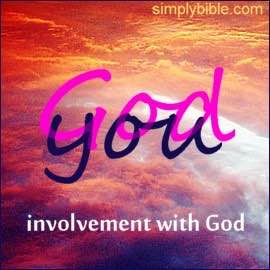 IS GOD ANGRY WITH YOU?

If people won't receive, believe, and obey his truth —if they ignore it or change it into a lie, then God gets angry. He intends to punish.

Have you made God angry? If so, make peace with God. There's only one way.

"God loved the world so much that he gave his only begotten Son so that whoever believes in him should not perish, but have everlasting life... saved from God's anger through him".

Believe and obey Jesus, and God will stop being angry with you. 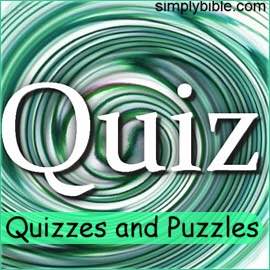 Here’s a thought-provoker for you.

What are the blessings/rewards that Jesus names in the beatitudes? Use answer buttons to reveal answers.

The tax collector was a penitent sinner seeking forgiveness, and that is not the kind of sinner whom God refuses to hear.

The other man, the arrogant and self-righteous Pharisee who prayed, is one example of the kind of sinner God does not hear
(Luke 18:9-14).

There are three kinds of sinners...

Sinners of this kind knowingly reject God. We must be wary of sinners like that, for they are "...excluded from the life of God... because of the hardness of their heart..."
(Ephesians 4:17-19).

This kind of sinner does not really intend to do evil. Nor, however, are sinners like this intent on doing God's will. They are in a spiritual stupor, just drifting unawares.

We must awaken and warn sinners like that, and try to stop their drift to destruction.

"Awake sleeper, rise from the dead, and Christ will shine on you"
(Ephesians 5:14).

Those of us who don't fall into the first two types, are sinners of the third kind.

We are like the tax collector. We want to do God's will and be righteous, and we are always struggling to overcome our sins.

Christ intercedes for us and gently helps us, as we help one another.

"Let us draw near with a true heart in full assurance of faith, having our hearts sprinkled from an evil conscience..."
(Hebrews 10:21-22)

"Let us draw near with confidence to the throne of grace, that we may receive mercy and may find grace to help in time of need"
(Hebrews 4:14-16)

"Little children, I am writing these things to you so that you may not sin. But if anyone sins, we have an Advocate with the Father, Jesus Christ the righteous. He himself is the atonement for our sins, and not only for ours, but also for the sins of the whole world"
(1John 2:1-2).