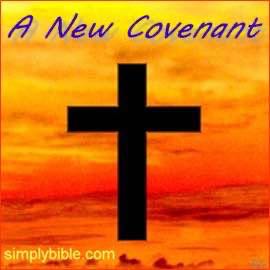 The Bible is God's revelation to humanity. It is news from God to enlighten us...

The devil is the father of lies. Jesus said, "He was a murderer from the beginning, not holding to the truth, for there is no truth in him. When he lies, he speaks his native language, for he is a liar and the father of lies." (John 8:44 NIV).

Those who propagate the devil's lies are called ‘antichrist’. "Anyone who denies the Father and the Son is an antichrist... Dear children, this is the last hour; and as you have heard that the antichrist is coming, even now many antichrists have come." (1John 2:18-22).

Paul has this to say: "9 The coming of the lawless one will be accompanied by the working of Satan, with every kind of power, sign, and false wonder, 10 and with every wicked deception directed against those who are perishing, because they refused the love of the truth that would have saved them (2Thessalonians 2:9-10 NSB).

2 Old News: The Law of Moses

God did not leave the people of ancient times without truth, law, and promises. Patriarchs such as Adam, Noah, Abraham, and Moses, all had God’s word to follow.

Moses was given a complex system of law for the people to follow, with disobedience punishable by death in some cases. But the law of Moses and earlier patriarchs became old news, obsolete, always intended to be replaced in due time, by a better and enduring covenant.

"7 Now if the ministry of death, which was engraved in letters on stone, came with such glory that the Israelites could not gaze at the face of Moses because of its fleeting glory, 8 will not the ministry of the Spirit be even more glorious?" (2Corinthians 3:7-8 BSB).

9 For if the ministry of condemnation was glorious, how much more glorious is the ministry of righteousness! 10 Indeed, what was once glorious has no glory now in comparison to the glory that surpasses it. 11 For if what was fading away came with glory, how much greater is the glory of that which endures!" (2Corinthians 3:9-10 BSB).

"By speaking of a 'new covenant' God has made the first one obsolete; and what is obsolete and aging will soon disappear" (Hebrews 13:13).

As people looked forward to the coming of Messiah, and the new covenant he would mediate to the world, the earlier covenant mediated by Moses was becoming old news ready to be replaced by the 'good news' of Jesus Christ.

3 Good News: The Gospel of Christ

The Lord Jesus Christ brought in a new covenant based on the sacrifice of his own body and blood. When he was instituting the Lord’s Supper he spoke of "the new covenant in my blood" (1Corinthians 11:25).

Because Jesus lived a sinless life, he was able to offer himself and his blood as a sacrifice "once for all" (Hebrews 9:26)

One of the names for the covenant of Christ is “the gospel”. In the Greek the word is ευαγγελιον (euangelion). The prefix “eu"” means good, and the rest of the word means tidings, message, news. The word gospel itself, from Middle English "Godspel", means good story.

When Christ was born and the angels appeared to the shepherds, one angel said to them, "Do not be afraid! For behold, I bring you good news of great joy that will be for all the people" (Luke 2:10). Perhaps the best thing about this gospel is that it is "for all the people"